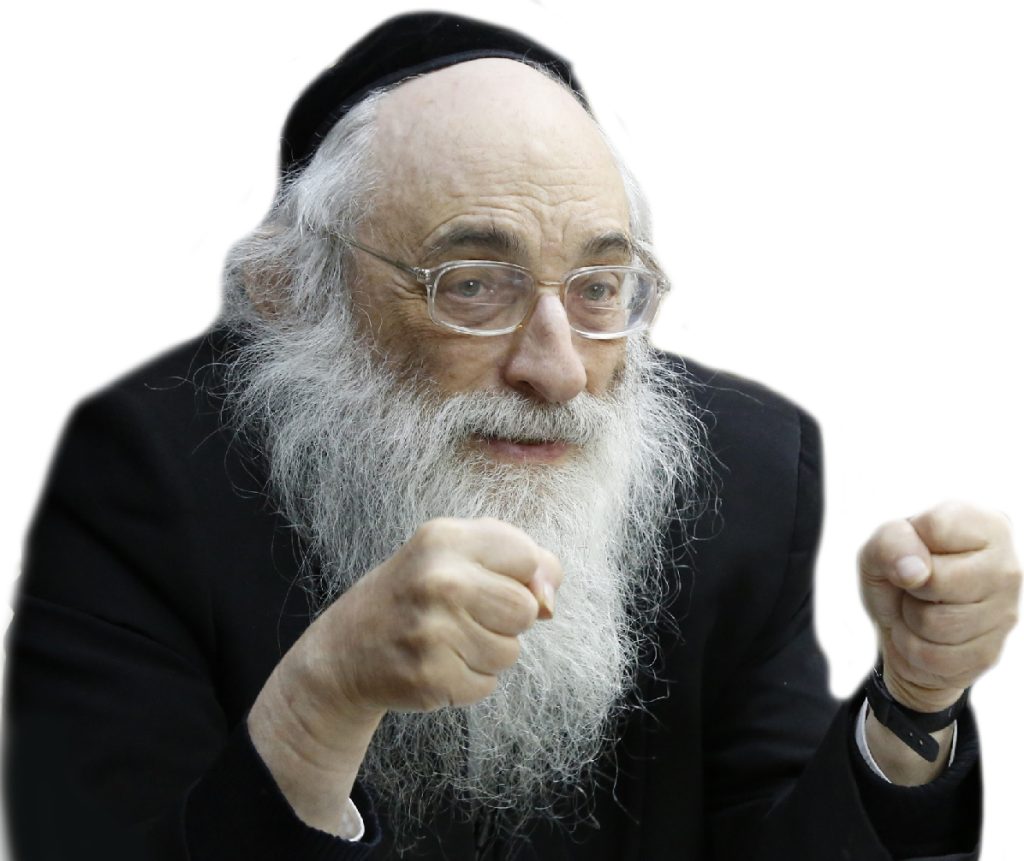 This year’s dinner is paying tribute to our beloved Rosh HaYeshiva, shlit”a, and his lifetime of achievements as one of the greatest marbitzei Torah and educational visionaries of our generation.

Throughout his life, the Rosh HaYeshiva has epitomized the middah of gevurah, demonstrating strength, mesirus nefesh, discipline and a will to stand up for the honor of Hashem and His Torah.  He’s used these kochos to create generations of bnei Torah.

The Rosh HaYeshiva’s gevurah and dedication to chinuch is inborn, coming as he does from a long and illustrious line of some of our nation’s greatest Torah leaders and marbitzei Torah. As a scion of the Soloveichik dynasty, the Rosh HaYeshiva is heir to the majestic mesorah of Brisk and Volozhin, the royalty of Torah Jewry, going back generations through his grandfather, Rav Moshe Soloveichik; his great-grandfather, Reb Chaim Brisker; the Beis HaLevi and the Netziv; and up to Reb Chaim Volozhiner.

The Rosh HaYeshiva learned mesirus nefesh for Torah from his father, Dr. Harry Meiselman, z”l, who fought to maintain Torah standards within the Orthodox community of Boston at a time that it was being destroyed by secular influences.  His mother, Sheyna, a”h, the daughter of Rav Moshe Soloveichik, zt”l, was a teacher and school principal as well as one of the primary founders of Torah U’Mesorah.

But the main formative influence in the Rosh HaYeshiva’s life was his uncle and rebbi, Rav Yosef Dov Soloveichik, zt”l, the generation’s pre-eminent Torah giant and primary torchbearer of the Brisker mesorah, which he received from his own father, Rav Moshe and his grandfather, Rav Chaim.  Rather than attend a formal yeshiva, the Rosh HaYeshiva spent 12 years, from ages 17-29, learning privately with Rav Yoshe Ber, receiving the exalted mesorah of Brisk and Volozhin directly from him.  But the relationship was not just in learning; during those years, the two developed a special bond, and shared thousands of personal conversations on every topic imaginable – conversations that would have a strong influence on the Rosh HaYeshiva’s life.

As the next link in the golden Brisker chain, the Rosh HaYeshiva went on to devote his life to being not just an educator but one of our generation’s true visionaries and innovators.  Throughout his life, the Rosh HaYeshiva has displayed a gift for understanding what the current generation needs in order to learn and love Torah, and creating new systems to provide that.

While studying in Cambridge, he encountered large numbers of Jewish students in the Boston area who knew nothing about their heritage.   Before the modern concept of Jewish Outreach existed, he began to reach out to these students, giving them a Gemara shiur several times a week.  All of the shiur participants ended up becoming Shabbos-observant as a result, and many of them are chashuve bnei Torah today. He continued this practice for many years in the different locales where he lived, studied or taught – Boston, New York and Chicago – in effect becoming one of the founders of the modern-day Kiruv Movement.

How does one convince secular college students to attend a Gemara shiur? As the Rosh HaYeshiva explains, “If a person loves Torah, he wants to spread it to others.  And those others pick up on that passion.”

This has been the Rosh HaYeshiva’s driving force throughout his life. He married Rivkah Leah Eichenstein in 1968, and, three years later, in 1971, he started his first job as a maggid shiur at the Skokie Yeshiva in Chicago and Yeshivas Brisk in Chicago, headed by his uncle, Rav Aharon Soloveichik zt”l.  During his time in Chicago, the Rosh HaYeshiva pioneered the concept that all bochurim should spend time learning in a yeshiva in Israel. While, today, this is taken for granted, at the time, it was a major innovation. The Rosh HaYeshiva was one of the pioneers whose efforts made this idea so commonplace today.

In 1977, the Rosh HaYeshiva and his family were invited to move to the Los Angeles community to open a yeshiva.  During his years in L.A., the Rosh HaYeshiva founded the Yeshiva University of L.A. (YULA) network, which included a yeshiva gedolah, a kollel, a program for baalei teshuva, and, later, two high school divisions for boys and girls. The schools proved extremely successful; by 1982, there were 400 students in YULA.  This was in addition to their weekly shiurim for the community, which attracted about 2,000 people each week.

And then, in 1982, at the height of his success, the Rosh HaYeshiva decided to make yet another move that typifies his gevurah – to move to Eretz Yisrael and found a yeshiva.

What inspired him to give up a successful position and move his young family across the world into the unknown?  (In fact, in her own display of mesirus nefesh, the Rebbetzin and children already settled in Israel in 1980, while the Rosh HaYeshiva continued commuting for two years to L.A.) “I was already convinced that bochurim grew the most from going to learn in Eretz Yisrael,” says the Rosh HaYeshiva.  “So, I decided, if this is the place where they learn best, then that’s where I should be teaching them.”

The yeshiva would prove to be his third major chiddush in Torah education. Forty years ago, there was only one other English-speaking yeshiva with American rebbeim for American bochurim in Eretz Yisrael. The concept of Toras Moshe was revolutionary: not just a gap year program but a serious yeshiva with a staff of serious talmidei chachamim where an American bochur could learn for several years and emerge a talmid chacham.  The fact that today it’s standard for American bochurim to learn in Eretz Yisrael for three or four years is thanks to the model that the Rosh HaYeshiva created.

Over the past five decades, the Rosh HaYeshiva has taught thousands of talmidim.  He has also written many Torah works, including two major English-language sefarim: Jewish Woman in Jewish Law (Ktav Publishing House, 1978) and Torah, Chazal and Science (Israel Bookshop, 2013).

As he celebrates his 80th birthday and the yeshiva’s 40th anniversary, the Rosh HaYeshiva’s goal and tefillah for the future is to continue what he’s been doing all these years. As he puts it, “We’re changing people’s lives every day.”  We, his thousands of grateful talmidim and their families, can certainly testify to that.

DONATE IN his HONOR