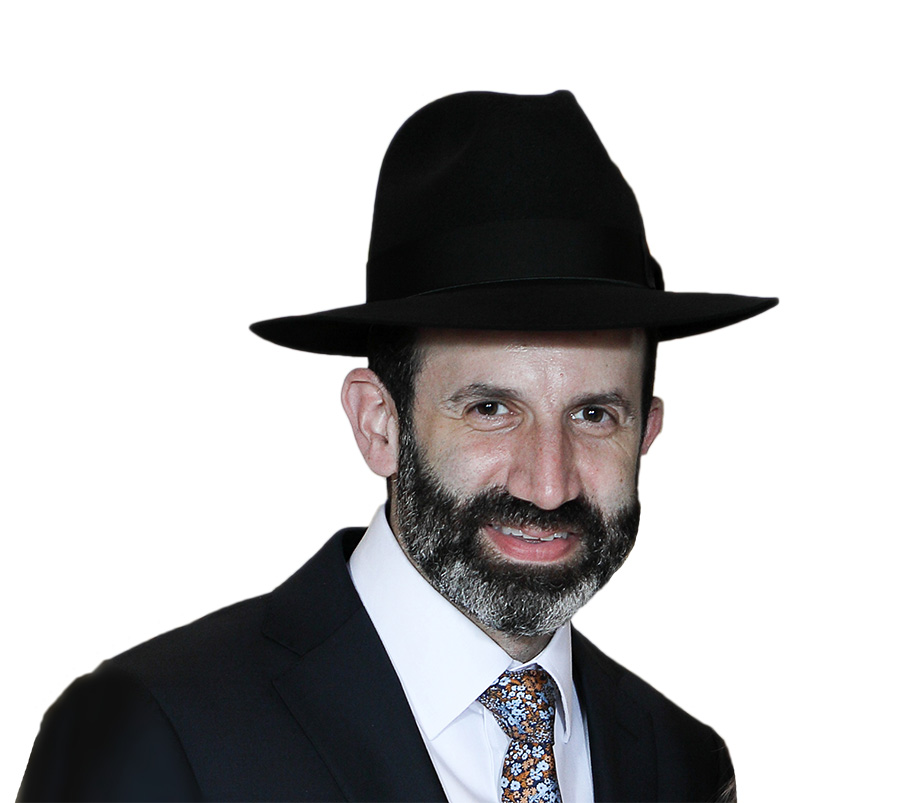 Born in Silver Spring, Maryland, Rabbi Avraham Steinberg spent most of his youth in Teaneck, New Jersey and attended high school in Monsey before coming to Yeshivas Toras Moshe in the years 1992-1994. At Toras Moshe, he learned in the shiurim of Rav Michel Shurkin and the Rosh HaYeshiva, and basked in the radiance of the other rebbeim as well, forging a deep connection to the yeshiva that would prove of lasting impact.

Returning to the U.S., Rabbi Steinberg studied in Yeshiva Shaar HaTorah of Queens for eight years (Beis Medrash and kollel) where he learned under Rav Kalman Epstein and also had the zechus to have a relationship with Rav Zelig Epstein zt”l, whose Sefer-Hamitzvos shiurim he transcribed. Rabbi Steinberg was zocheh to receive a haskama from Rav Zelig on a kuntres which he wrote on Hilchos Niddah.

Mrs. Dini (nee Zohn) Steinberg was raised in a home of renowned chessed shel emes, and comes from a rich family mesorah of gadlus in Torah and shimush chachamim. Upon leaving kollel, Rabbi Steinberg’s first rabbinic position was in Congregation Ohab Zedek on the Upper West Side of Manhattan, where he and his rebbetzin began their service to Klal Yisroel in every aspect of rabbanus – halacha, counseling, chizzuk, community building, and the chinuch of their community youth.

In 2004, the Steinbergs moved to the suburban Philadelphia neighborhood of Lower Merion, where Rabbi Steinberg was appointed mara d’asra of the Young Israel of the Main Line. As rav, he gives shiurim to a wide range of audiences on a vast array of topics, from Gemara b’iyun to halacha l’ma’aseh, to machshavah and Jewish History.  Currently, his weekly halacha shiur draws a regular crowd of over thirty people, likely the largest shiur in the area.

Rabbi Steinberg’s sefer, מעשה רקם, is a collection of iyunim on various topics, as well as correspondences he’s had with gedolei harabbonim. He has also published an English book, “The Year in Drashos,” as well as several articles in the rabbinic journal, המאור.

Having always taught in local schools alongside his rabbinic activities, in 2013, Rabbi Steinberg channeled his chinuch experience into addressing a local challenge. Together with a team of very dedicated and talented lay leaders, he founded a boys’ yeshiva high school in his neighborhood, to fill a critical chinuch need within the broader community. The Mesivta High School of Greater Philadelphia, which started with 15 boys and currently has 60, is truly unique in the chinuch world. The rebbeim – all dynamic, high-caliber talmidei chachamim – inspire the talmidim to reach an exceptionally high level of learning and bikush. The general studies program is of a quality very rare in yeshivos, and, combined with its rich extra-curricular activities, produces students with a reputation for wholesome, “out-of-town” goodness that is the Mesivta’s proud paradigm.

Rabbi Steinberg is proud of all of his talmidim, but feels a special simcha over the fact that his relatively new Mesivta has already sent ten outstanding bachurim – including his own son Shua – to learn in Toras Moshe, the yeshiva where he himself gained so much when he was their age. And while Rabbi Steinberg draws inspiration from all of his rebbeim from over the years, he views his years at Toras Moshe as the most formative and the ones that set him on the path of Torah leadership.