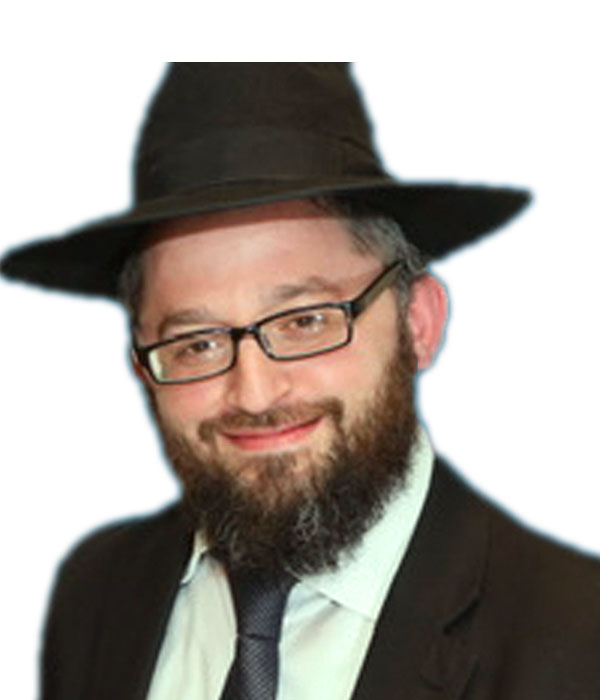 Rabbi and Mrs. Moshe Kaufman, an exemplary alumnus of Yeshivas Toras Moshe, will be the recipients of the Kesser Torah Award at the upcoming Dinner. An alumnus of the class of 1997, Rabbi Kaufman’s years of shteiging at Toras Moshe were a catalyst to his subsequent achievements, and today he serves as a prominent Rav and posek in Chicago.

A great-grandson of Rav Moshe Feinstein zt”l, Rabbi Kaufman is a talmid chacham of renowned stature, who is responsible for the publishing of the most recent volume of Igros Moshe, as well as numerous volumes of the Dibros Moshe. He has also served as chief editor for the four volumes of Mesores Moshe- a compilation of Rav Moshe Feinstein’s oral pesakim recorded by close talmidim.

Reb Moshe grew up in Brooklyn. After graduating mesivta from Yeshivas Tiferes Torah, Reb Moshe wished to learn in Eretz Yisroel. With the encouragement of his parents and his Rebbeim, he arrived at Toras Moshe.

“It was very exciting to learn in a makom Torah where the simcha of learning was palpable.” Reb Moshe recalls. “The Rosh Yeshiva and Rebbeim really cared about everything; they always went above and beyond to give time, effort and attention to our ruchniyus, gashmiyus, and overall well-being.”

After more than a decade as a member of the Chicago Community Kollel, Reb Moshe has taken on the role of posek for the Chicago community as a founding member and director of the Midwest Beis Horaah. His sensitivity, keen insight, and clarity on halachic issues has made him the address for hundreds of Chicagoans who approach him for guidance. Included among them are business owners and entrepreneurs who have made him their halachic go-to for all business dilemmas. He has also recently assumed the position of Rav of Beis Hakeneses D’Chicago, an upstart minyan for bnei Torah in the Peterson Park section of Chicago.

Rabbi Kaufman’s razor-sharp ability to analyze sugyos b’iyun, exploring the views of the rishonim, right through to their practical application in halacha, enables him to provide guidance and piskei halacha without ambiguity. His down-to-earth approach allows him to give an understanding and nuanced answer to each shailah. A stellar talmid of Toras Moshe, Rabbi Kaufman’s development and abilities emerged from the mehalach of the Yeshiva, bolstered by the derech of his eminent great-grandfather, Rav Moshe Feinstein zt”l.

To quote Rabbi Kaufman: “The greatest pleasure is to learn a sugyah b’iyun and reach a clarity that leads to halacha l’ma’aseh, which is the precise derech that we followed in Yeshiva”.